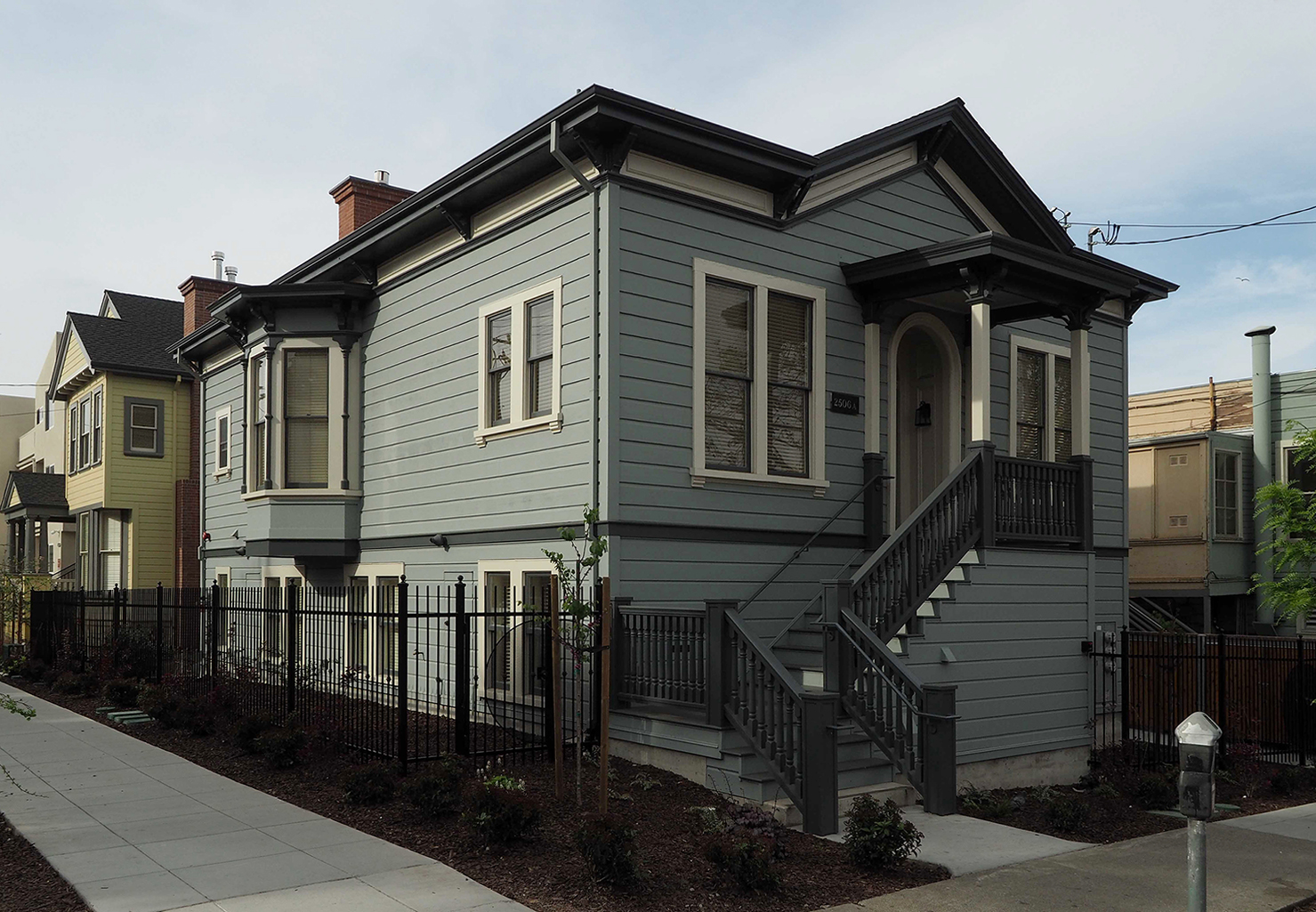 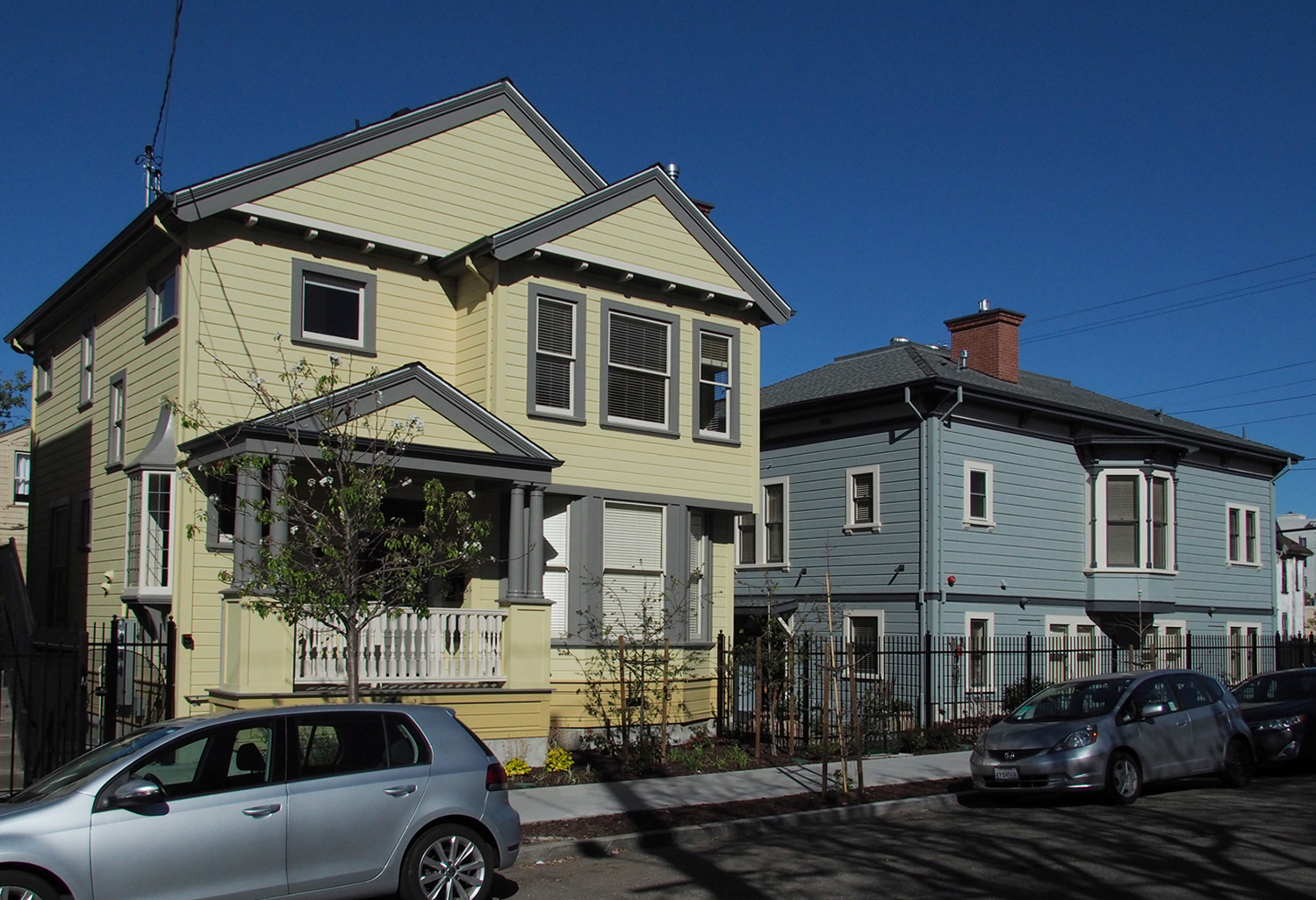 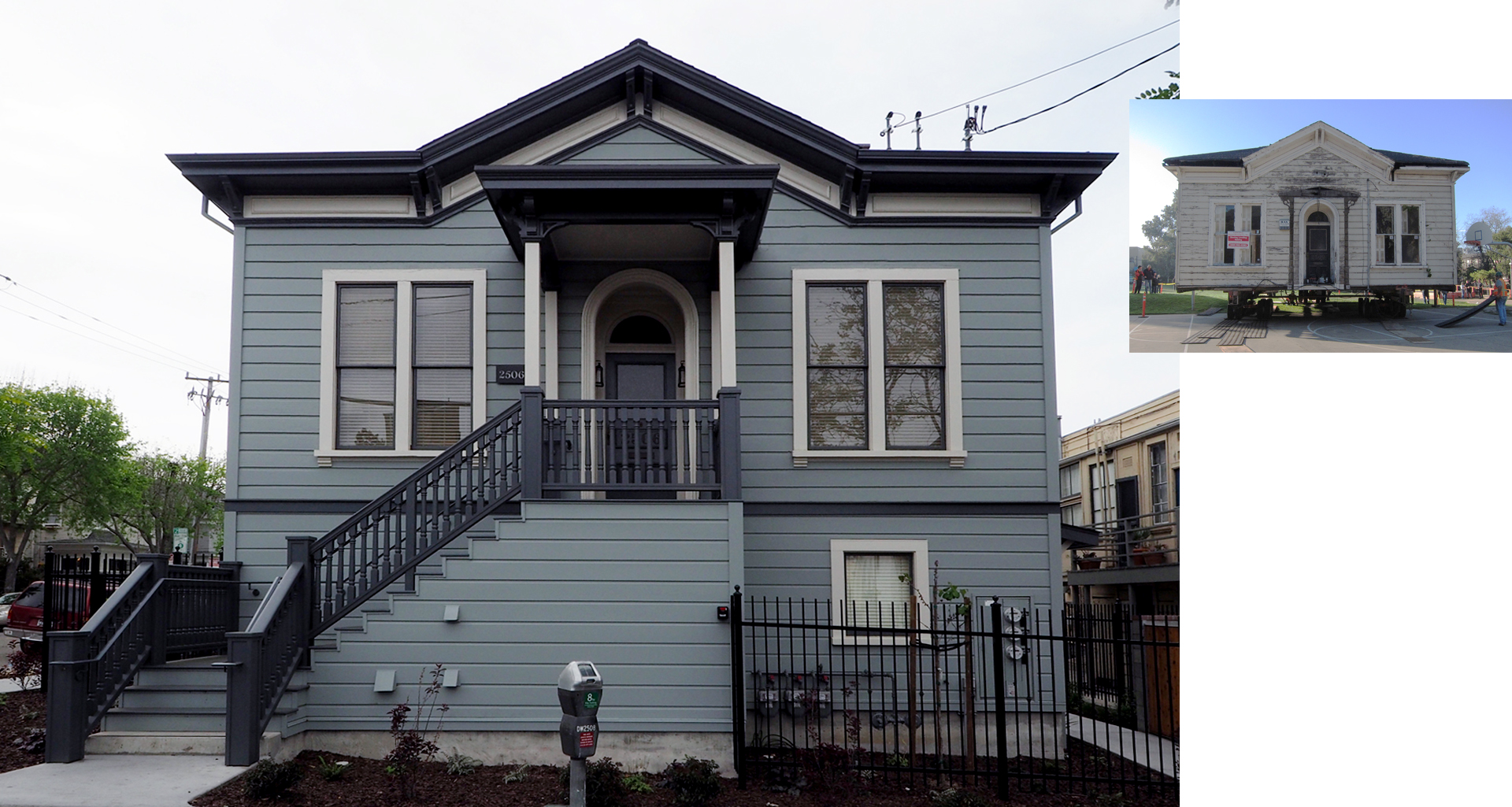 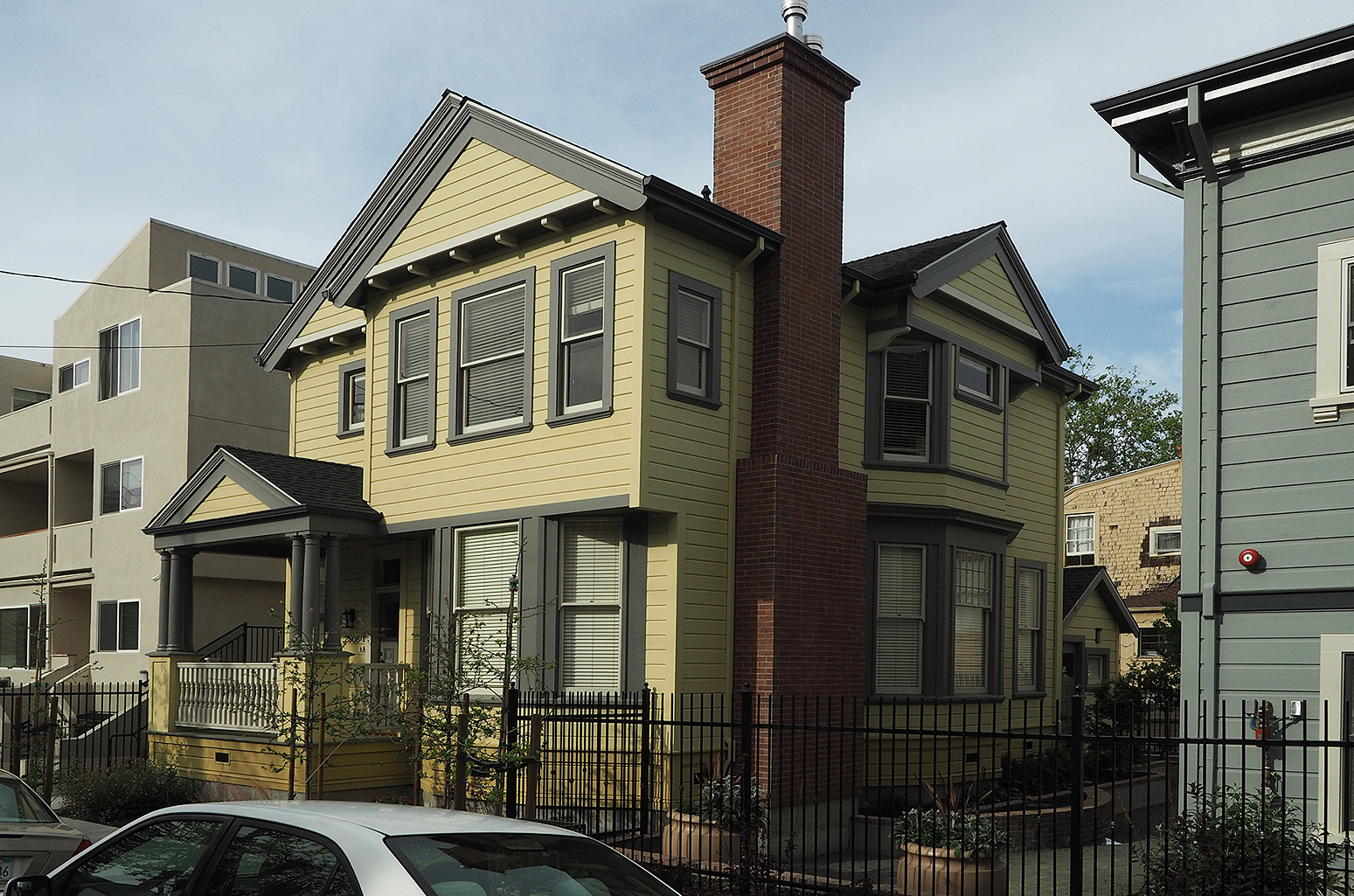 JOHN WOOLLEY HOUSE
The Woolley House’s long history has paralleled the growth of Berkeley. Currently a city landmark, it was first built for John Woolley on Telegraph Avenue in 1876. It was one of the first houses in the College Homestead Tract, which had been established in 1866. In 1900, as Telegraph Avenue became more commercial, Woolley moved his house around the corner to a more residential setting on Haste.

ELLEN BLOOD HOUSE
The Ellen Blood House (R. Gray Frise, 1891) has long been a presence on Durant Avenue in Berkeley. The Queen Anne structure was known for its distinctive architectural features and its side garden. Many of these elements were destroyed during a modernization in the 1930s, which clad the building in then-modern stucco. The Blood House was named a City of Berkeley Structure of Merit in 1999.

Recent development pressures on Durant Avenue forced the relocation of both of these houses to a new site approximately three blocks south. They have become part of an infill project consisting of two existing historic commercial buildings (Soda Works Building, 1888 and E.P. King Building, 1901) and the two relocated houses. Together these four buildings have rebuilt an important corner that stood vacant since a fire destroyed a previous building on the site.

The exteriors of each of the houses were restored with particular attention to deteriorated character-defining features. Residential units (two in the Blood House and three in Woolley) were created in the interiors of each of the structures. Shepherding the projects through the complex approval process, Siegel & Strain served as logistics coordinator and preservation architect for the relocation and rehabilitation.