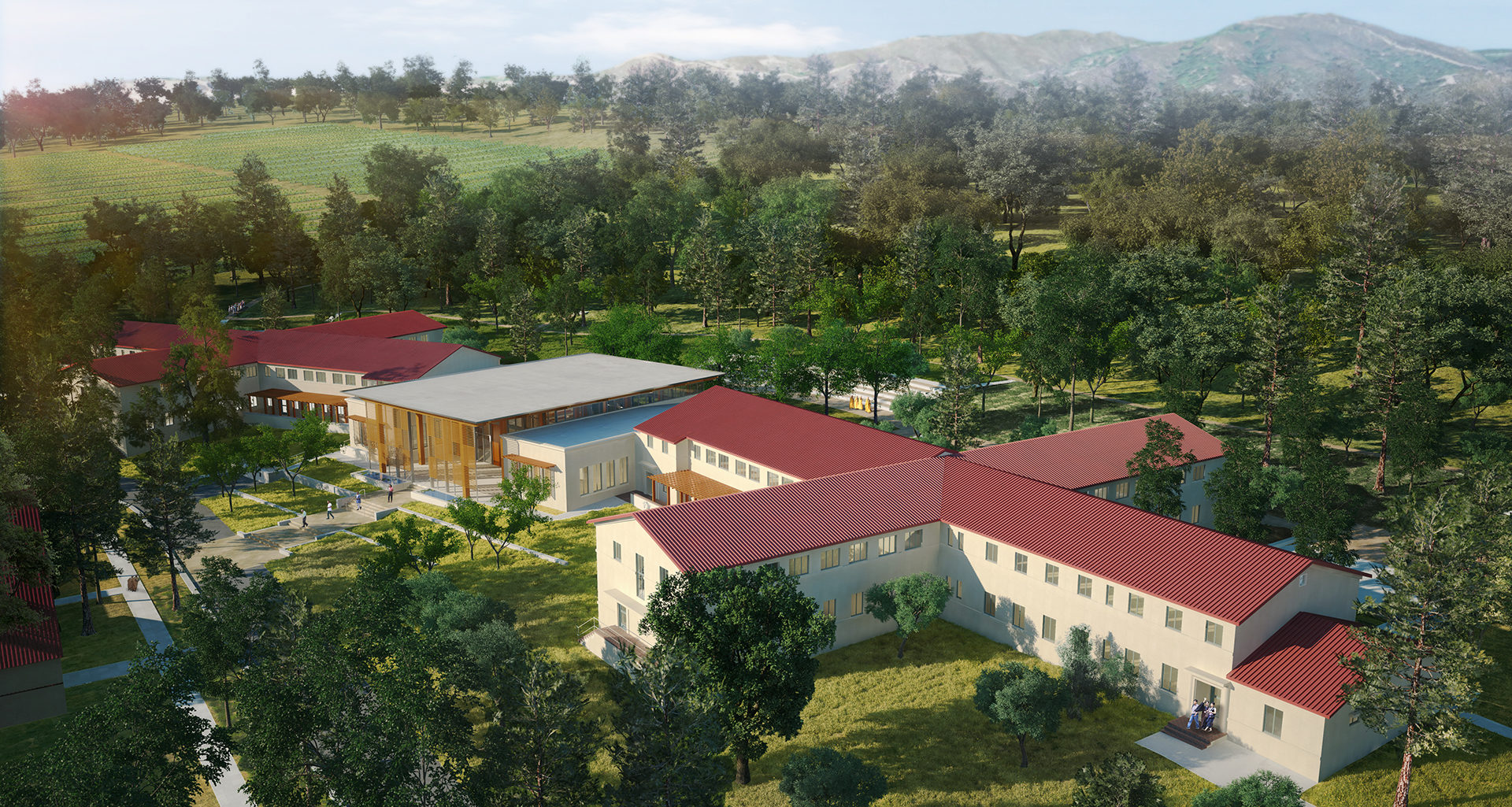 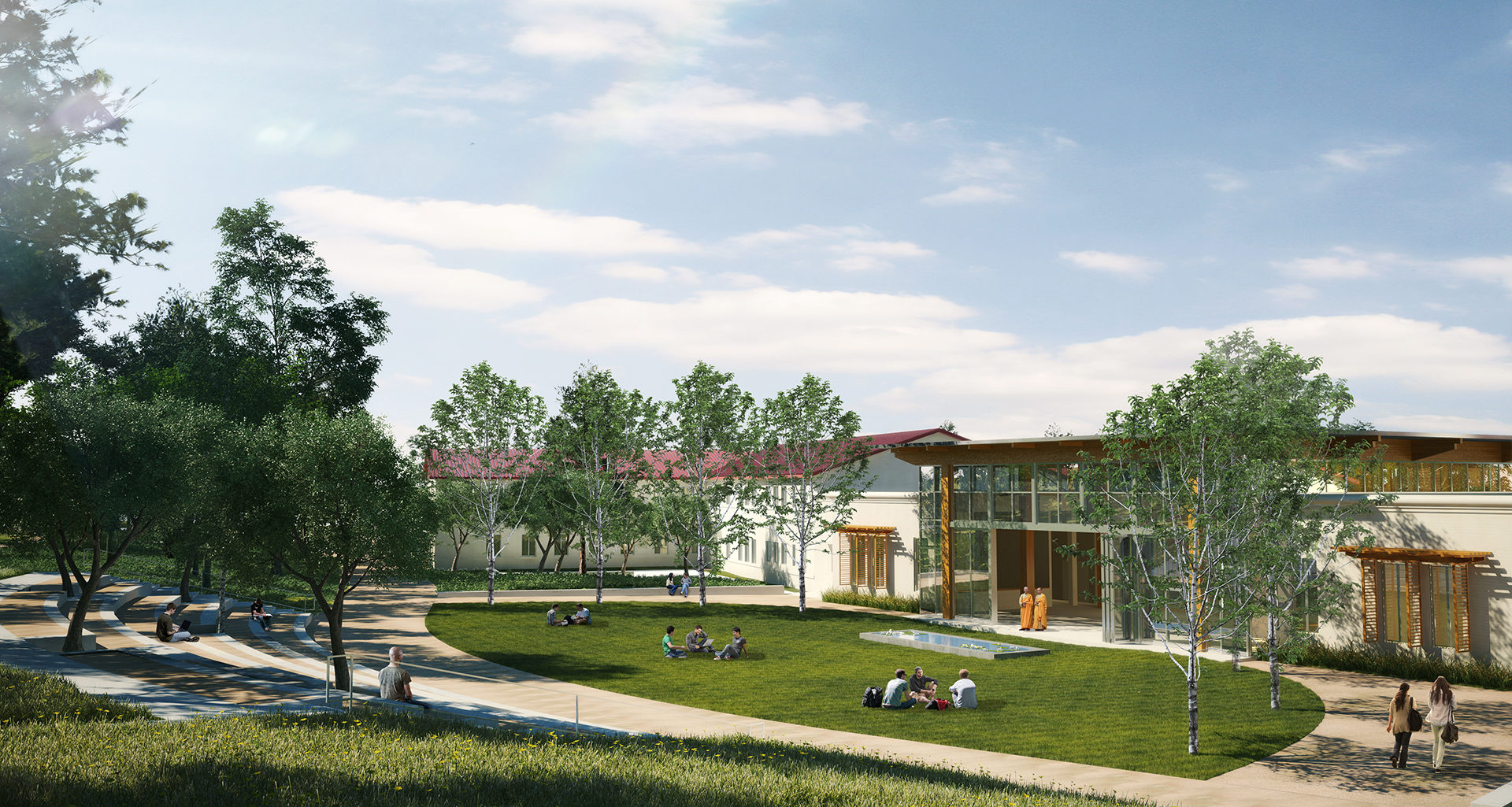 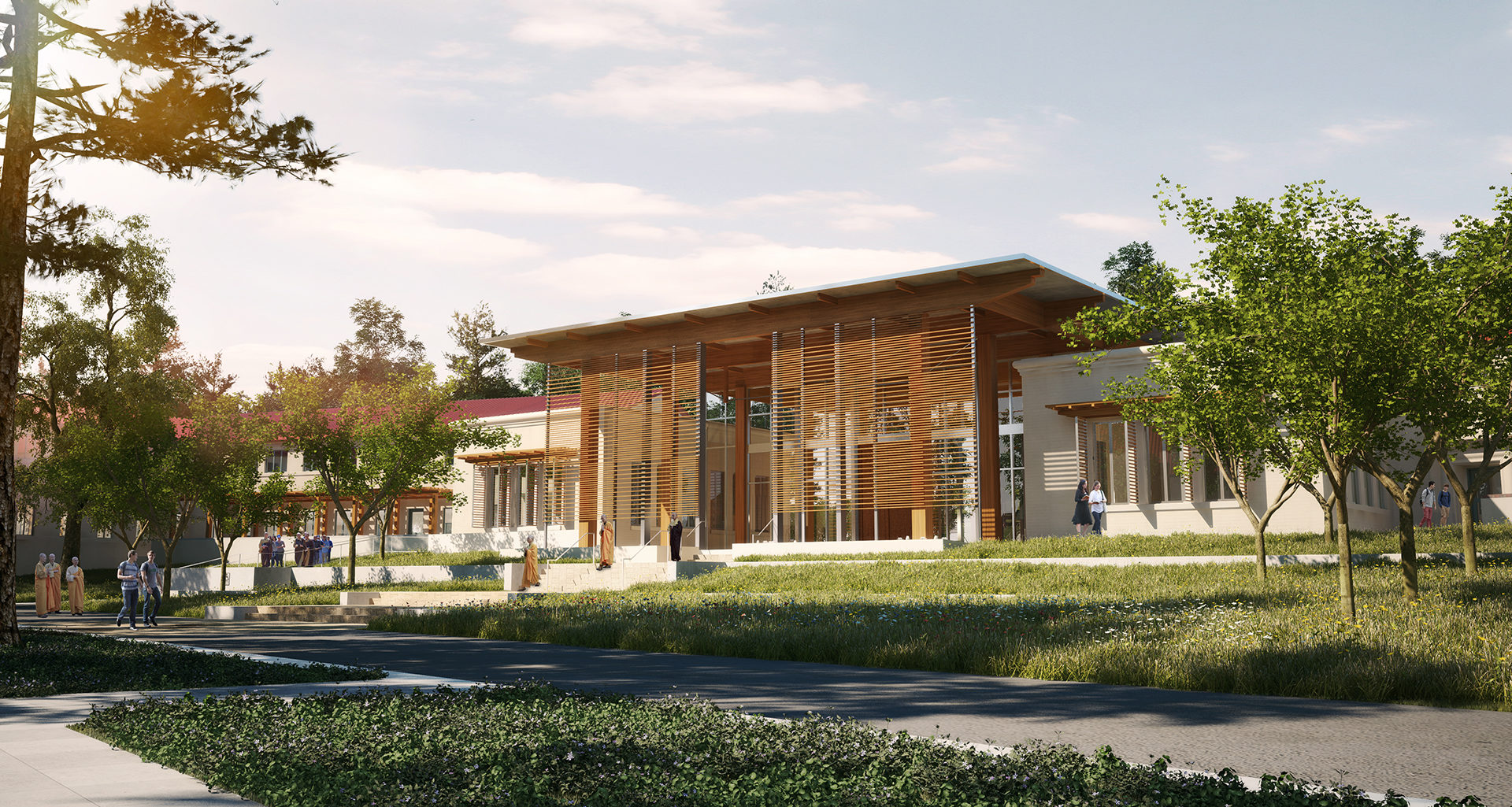 The two-story, cast concrete building, originally built in the 1940s as a hospital ward, was part of a California State Hospital, located just east of the city of Ukiah. The DRBA acquired the site in the 1970s, renamed it the City of 10,000 Buddhas and has been steadily converting the old buildings to new uses since then.

The university building houses classrooms, a student center, and administrative and faculty offices. Work to the north and south wings includes reconfiguring interior spaces, ADA upgrades – including new elevators, and all new finishes and building systems. The central wing that served as the dining room and kitchen houses lecture and meditation halls, a large central lobby and a café. Landscaping upgrades include a new ceremonial entry, informal seating areas, outdoor classrooms and two amphitheaters built into the hillside at the back of the building.